Growing up is a traumatic thing. Your feet start to grow, your limbs outgrow your body, and questionable hair-dos adorn your head. For me, well, in fifth grade I was the tallest in my class because I had a growth spurt early on. Things were cool. I was tall enough to play center on the basketball team and got a decent amount of playing time. Unfortunately, I topped out at 5'-0" while others continued to grow. I could no longer see over the tops of peoples' heads and was stuck looking at peoples' chests.  At first I was upset that people now towered over me, but I don't mind so much anymore. The beauty of being short is that I get plenty of leg room on airplanes! My point is, there's a brighter side to everything. You've just got to look for it. During this trip, beauty was found with animals. I know, I know. You're thinking "She JUST posted about the zoo. More animals?!" This trip was a little more magical.

The puffins enjoyed playing with the spectators. Some just waded and stared like this fella below, while others swam laps around the pool followed by spectacular, explosive leaps. There were a lot of "Oohs" and "Ahhs." It was really cute. 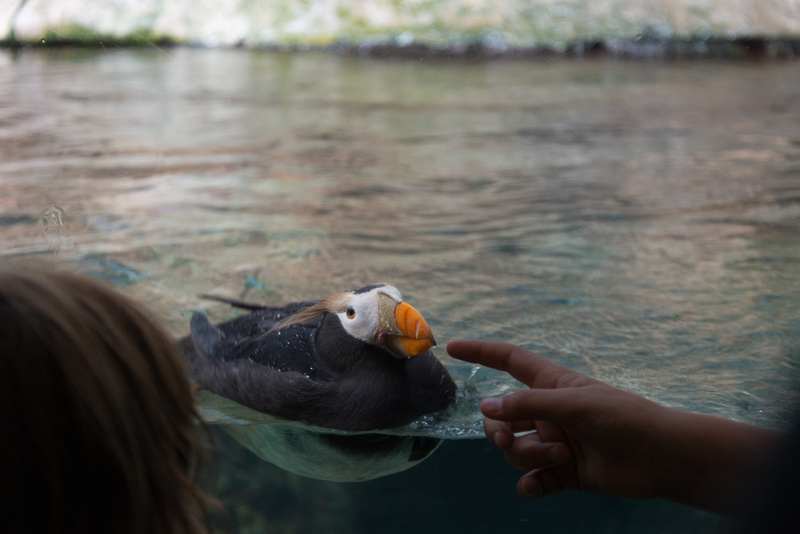 Here's my FAVORITE part! The jellyfish. It is so calming to watch them gracefully float. Honestly, it so mesmerizing. If I could, I would have a jellyfish tank. There was a huge section dedicated to jellyfish. Here are a few shots. 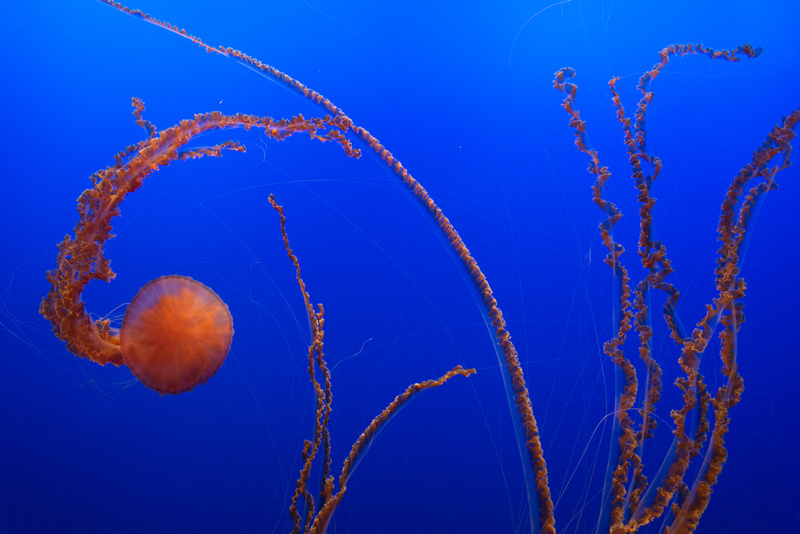 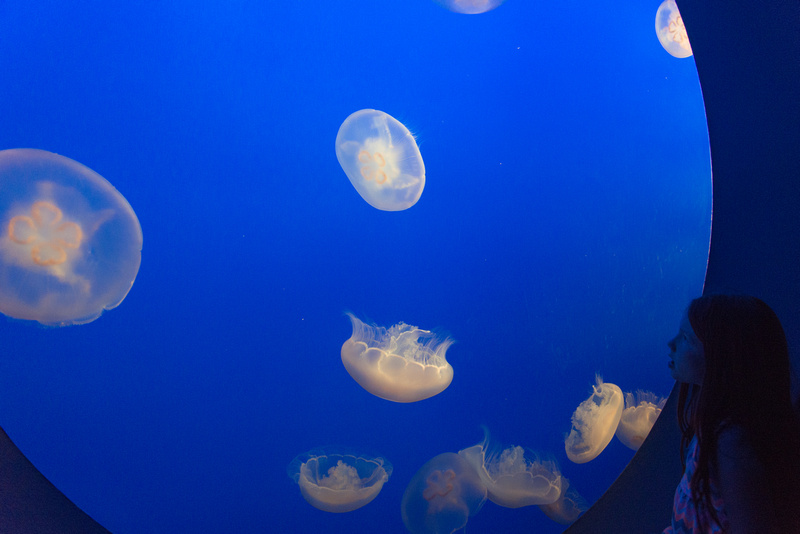 Tons of cameras were out. How could you not take pics?! 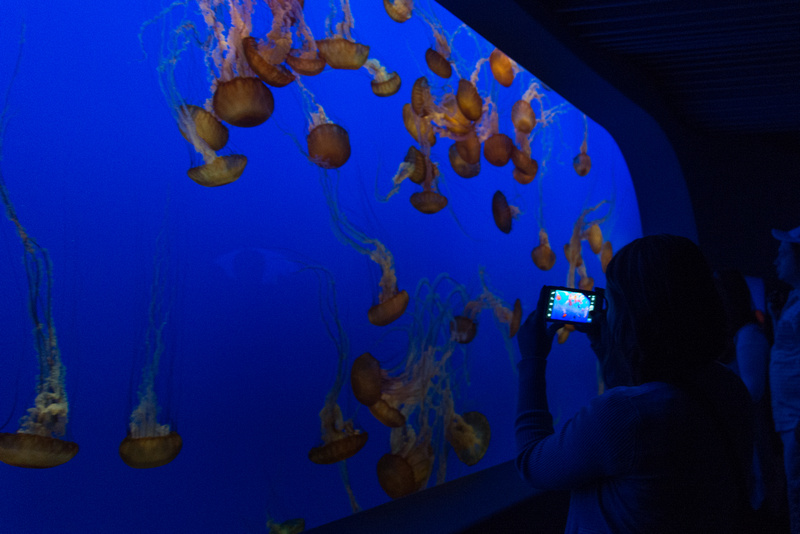 Check out that crowd. I wiggled my way to the front and center for better shots. It was easy: I'm short remember?! 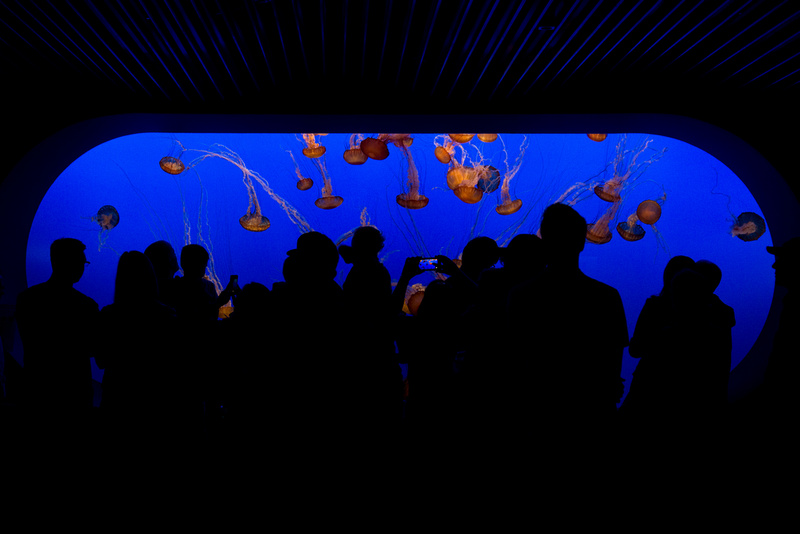